Text from the catalog „Turbulenzen“ 2009 by Florian Ebner

There are photographs, in which, when we look at them, everything seems to be in the right place in two respects: looking at photographs of rooms, objects often appear to be arranged in evidently plausible constellations, authentic in their relationships among themselves and to the surrounding space. Perhaps someone has just left the room, leaving an invisible regiment to keep watch over the order of things. This order may also appear suitable in terms of the picture’s composition – the way things are arranged and emphasised on the surface (and within the space) of the picture.

Of course, these two levels – let us refer to them as documentary and pictorial – reciprocally define one another. In the descriptive realism of an artist such as Walker Evans, the great American photographer of modernity, the two correlate perfectly. Message from the Interior is the title of his portfolio from 1966, in which he explores the inner life of America in twelve large photographs, eleven of which are of interior spaces.

Kerstin Flake’s series Fake Spaces might also be described as a “message from the interior”, although, in these new works, the documentary and the pictorial are dialectically opposite. Taken in deserted, late nineteenth-century houses, all the photographs possess somewhat flagrant elements that overturn the conventional order of these vacant rooms. Enigmatic moments and bizarre configurations permeate the heedfully staged photographs. Everyday objects such as coat hangers and plastic bags float in the air; tables and chairs move in ways that do not correspond to their intended functions; in attics or stairwells, hats and buckets are in a state of spectral levitation; huge flaps of wallpaper dangle from what looks like a tiled wall, but which is also only of wallpaper; and, shattered from a glass door by a pendant light fitting gone astray, shards of glass hover in the air. Kerstin Flake’s disruptions of order are temporary constellations: they are positioned in front of the camera by the abandoned houses’ final “inhabitant”. What remains of these interventions in space is nothing more than a series of ghostly apparitions whose stories seem naturally compatible with the respective location, although remaining somewhat impenetrable to the viewer.

In Fake Spaces, the Leipzig artist elaborates her inherently paradoxical photographic method. In her earlier works, the “staged accident” is pivotal – for instance, when, as in es war nur ein Moment [it was just a moment] (2003), a plastic bag passes in front of the camera the very moment the photographer releases the shutter to document the mundaneness of the urban landscape.

In the photographs from the series Wände sprechen Bände [Walls speak volumes] of 2000/2001, model rooms in furniture outlets function as the settings for minor disasters. In this decor, the actors lose control of the situation: they retreat as secondary figures while, in the foreground, everyday objects unite in revolt. Between the smooth surfaces of an imitation living room, the airborne paint bucket, the plastic bag breaking open and the camera falling down are metaphors of emergency – that is, reality.

In contrast to this artificial world, the late nineteenth-century interiors featured in Kerstin Flake’s new series are decidedly more historical in appearance. It is no coincidence that the surreal tonality lends these photographs a ghostlike quality. This photographic method has less in common with the countless artistic variants that investigate the past by inventorying and historicising its traces: Flake’s preternatural action recalls that of a revenant, returning to those places in which the past finds no peace, investing the individual object with a certain autonomy within uncanny constellations, long after the former order has left the house. In this sense, there are similarities to the work of Johannes Brus, Sigmar Polke and Bernhard and Anna Blume, artists who cite late nineteenth-century spirit photography. Indeed, Flake’s pictorial constructs do not lack a very nuanced kind of humour that protects her from two stereotypical approaches so characteristic of conventional documentary photographs – namely, the distanced, but ultimately acquiescent, inventory of emptiness, and the picturesqueness of (the) ruin.

Therefore, it is hard to believe that Flake’s stagings could be assembled on the computer and are not the result of real action. Given the progressive virtualisation in all areas of life, the little, jerry-built interventions in urban habitats that have become obsolete are also acts of resistance, playfully expanding photography’s potential – by not only representing a past (“this is how it was”), but also an imaginable reality (“could things not be this way?”). This affords an affective quality to Kerstin Flake’s ultimately documentary approach. And this is perhaps one of the messages imparted by these interiors. 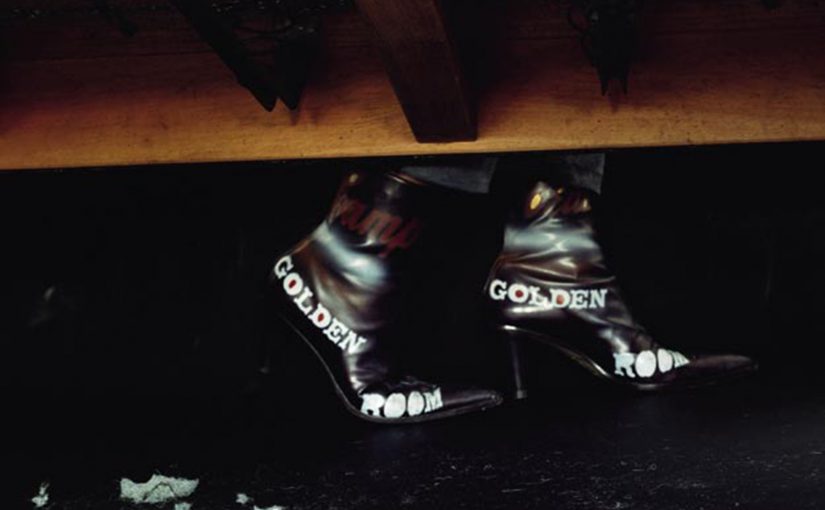 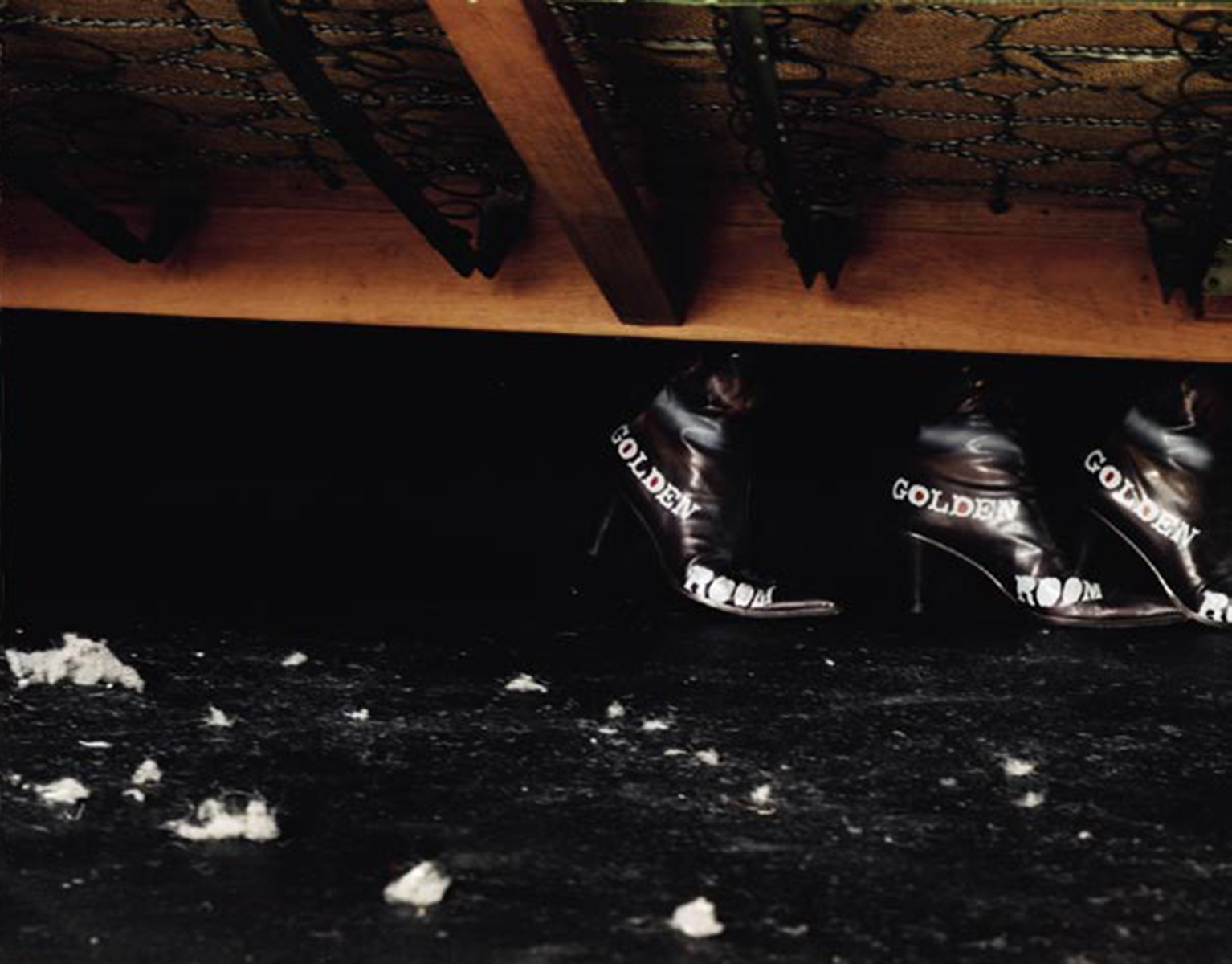 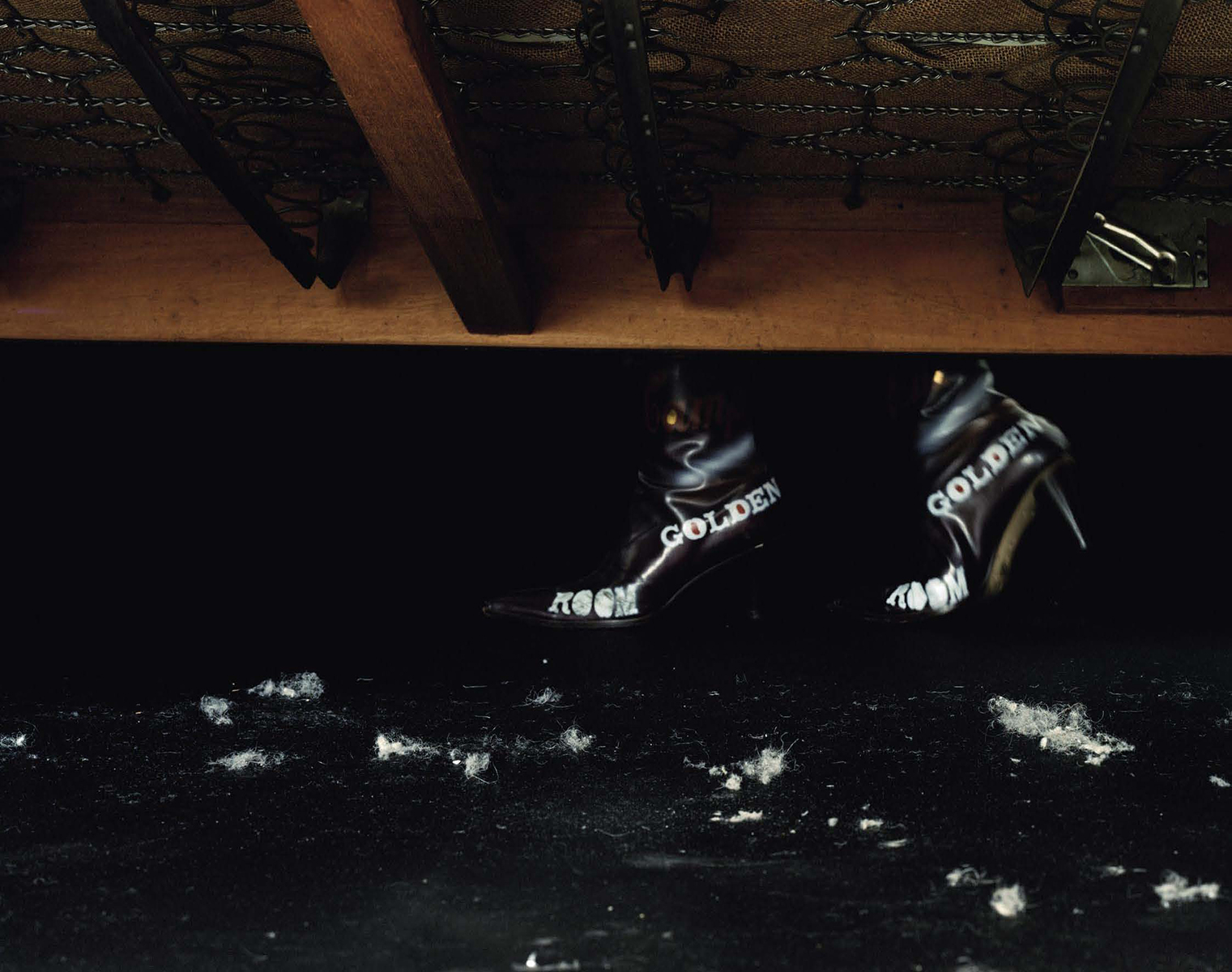 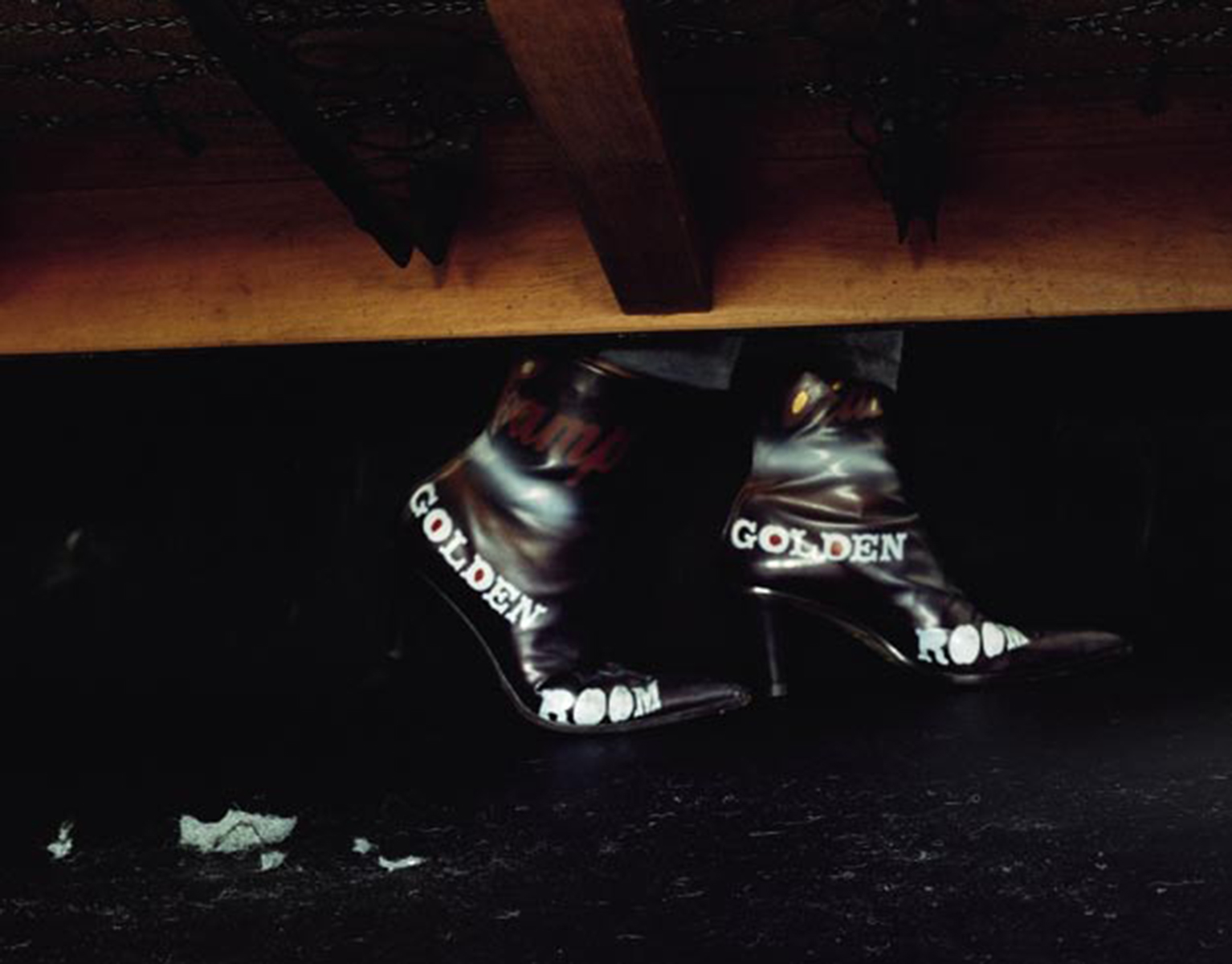 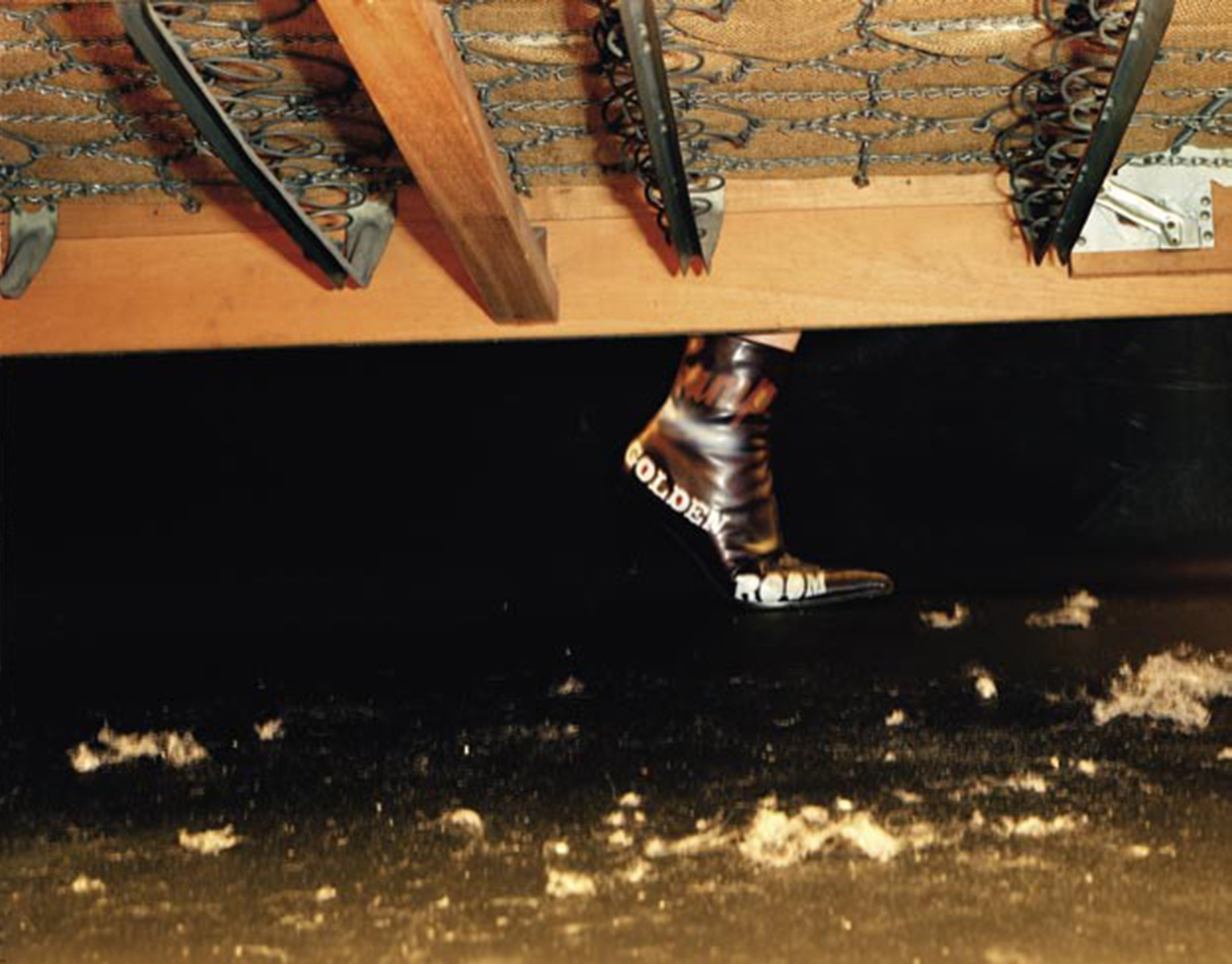 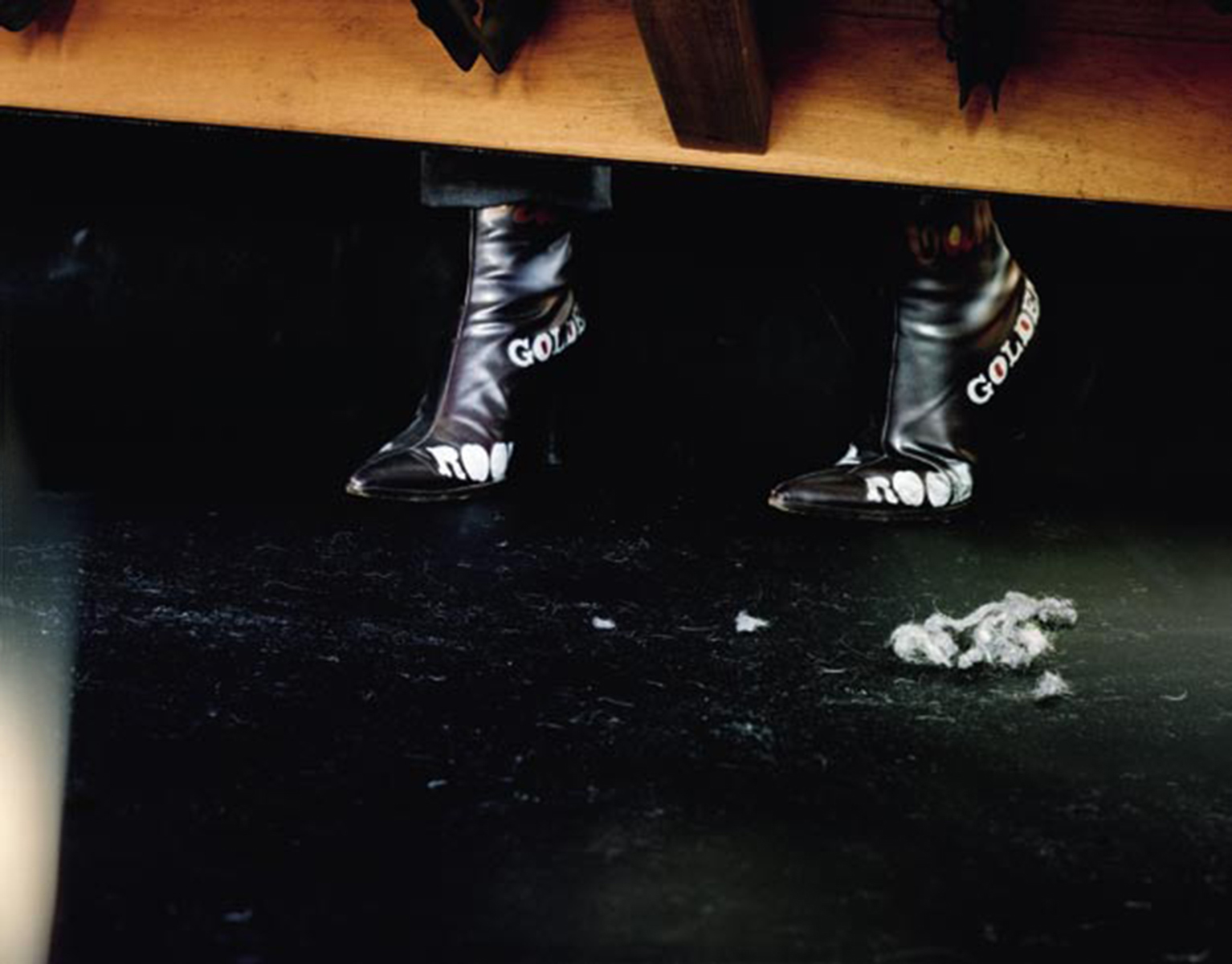 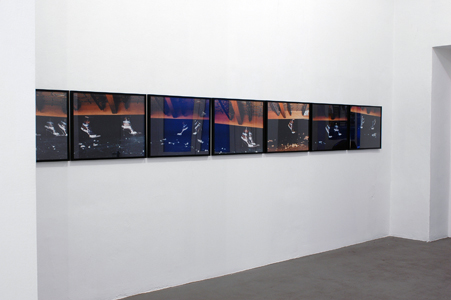 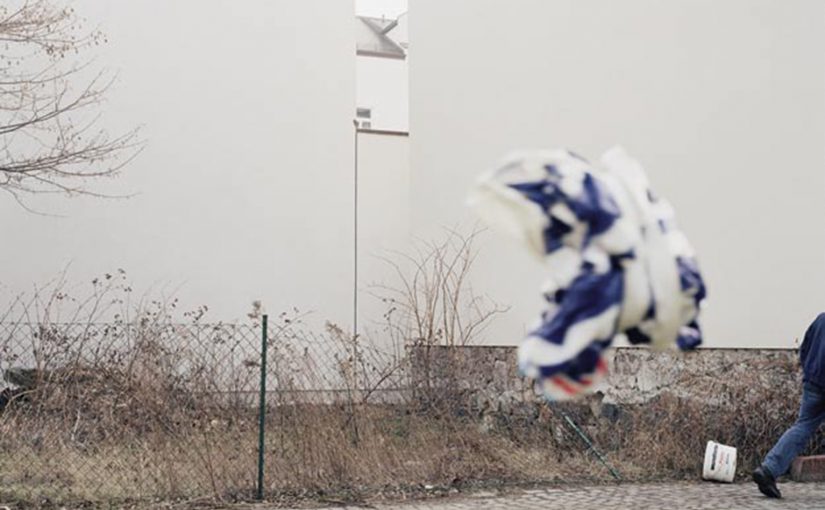 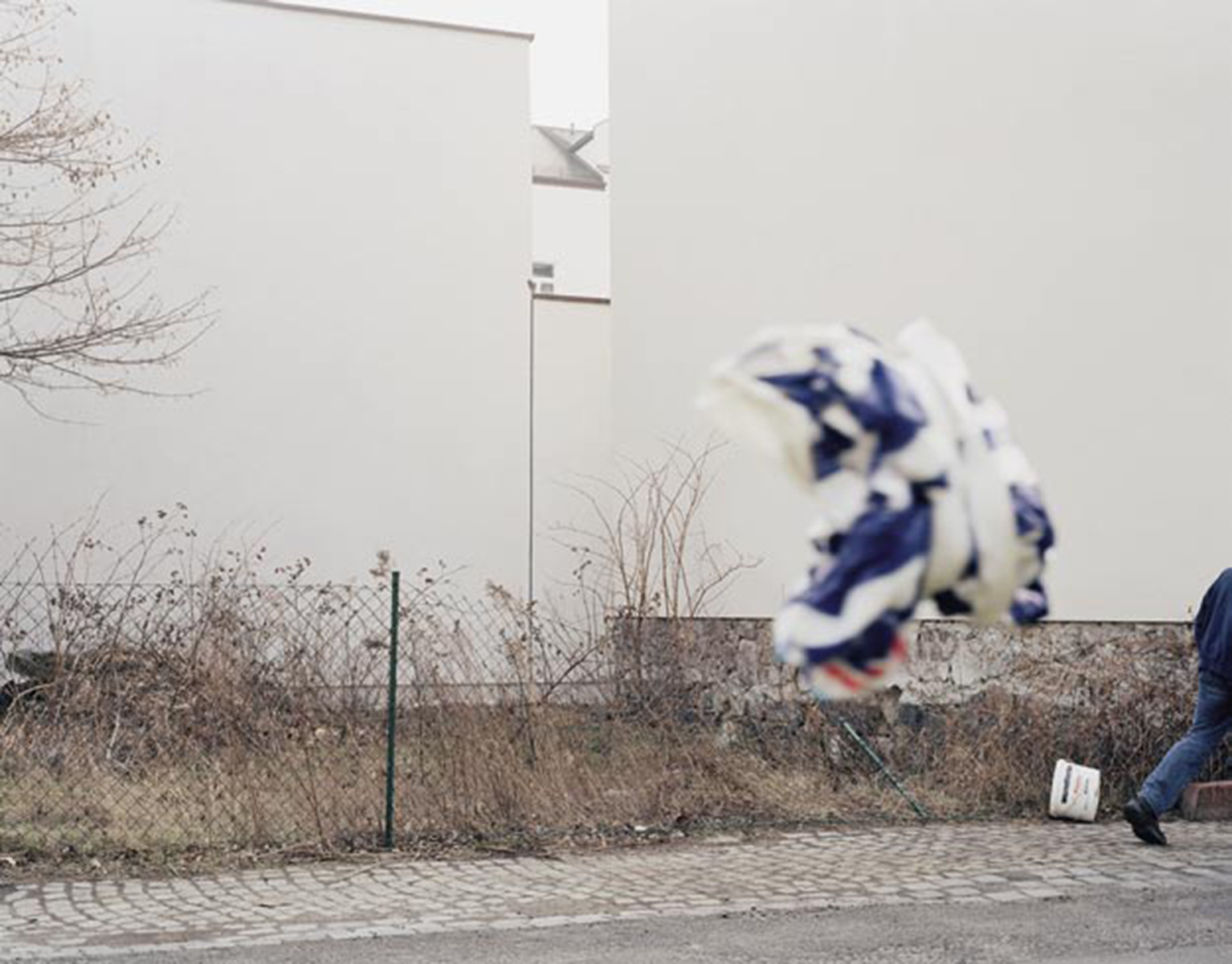 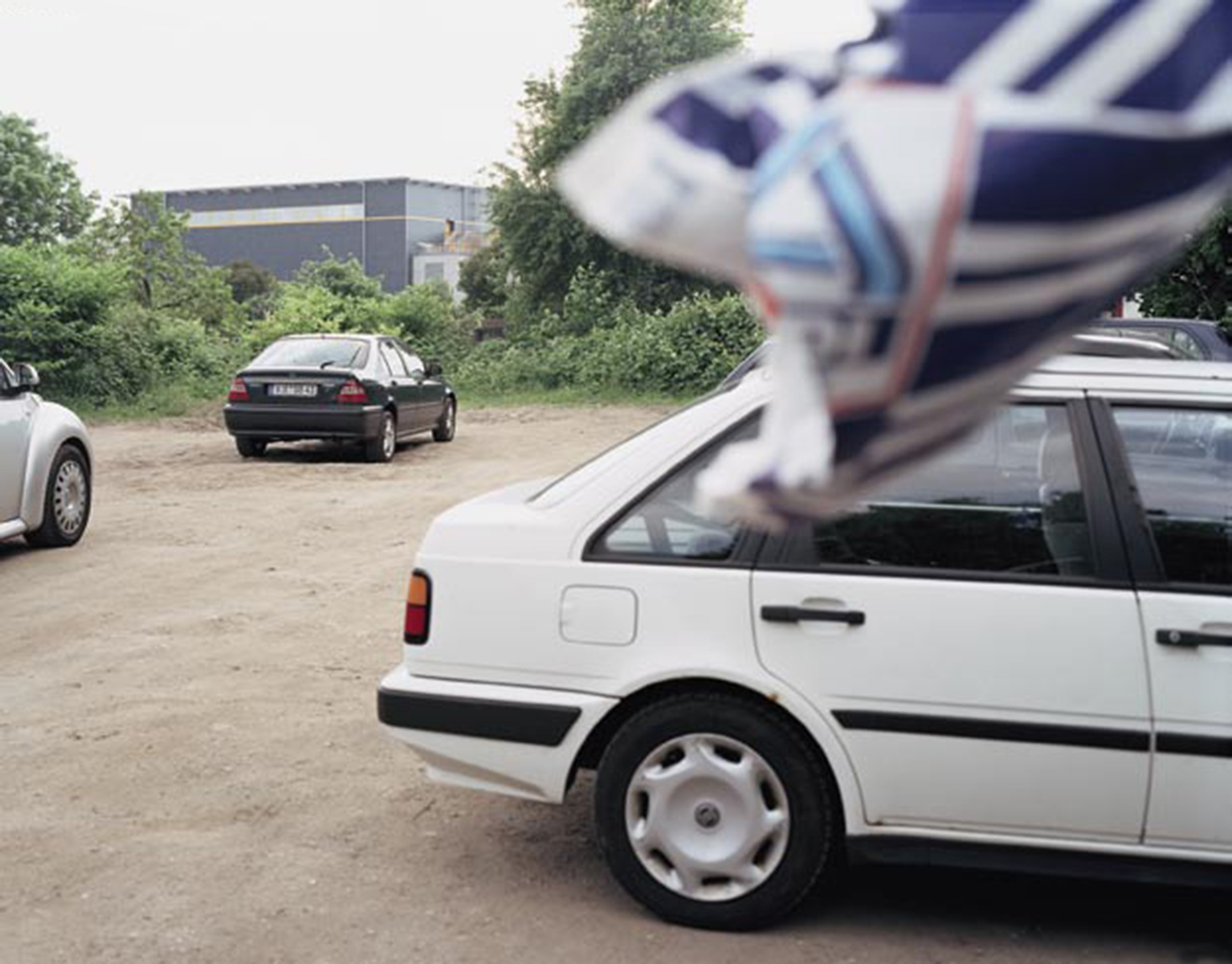 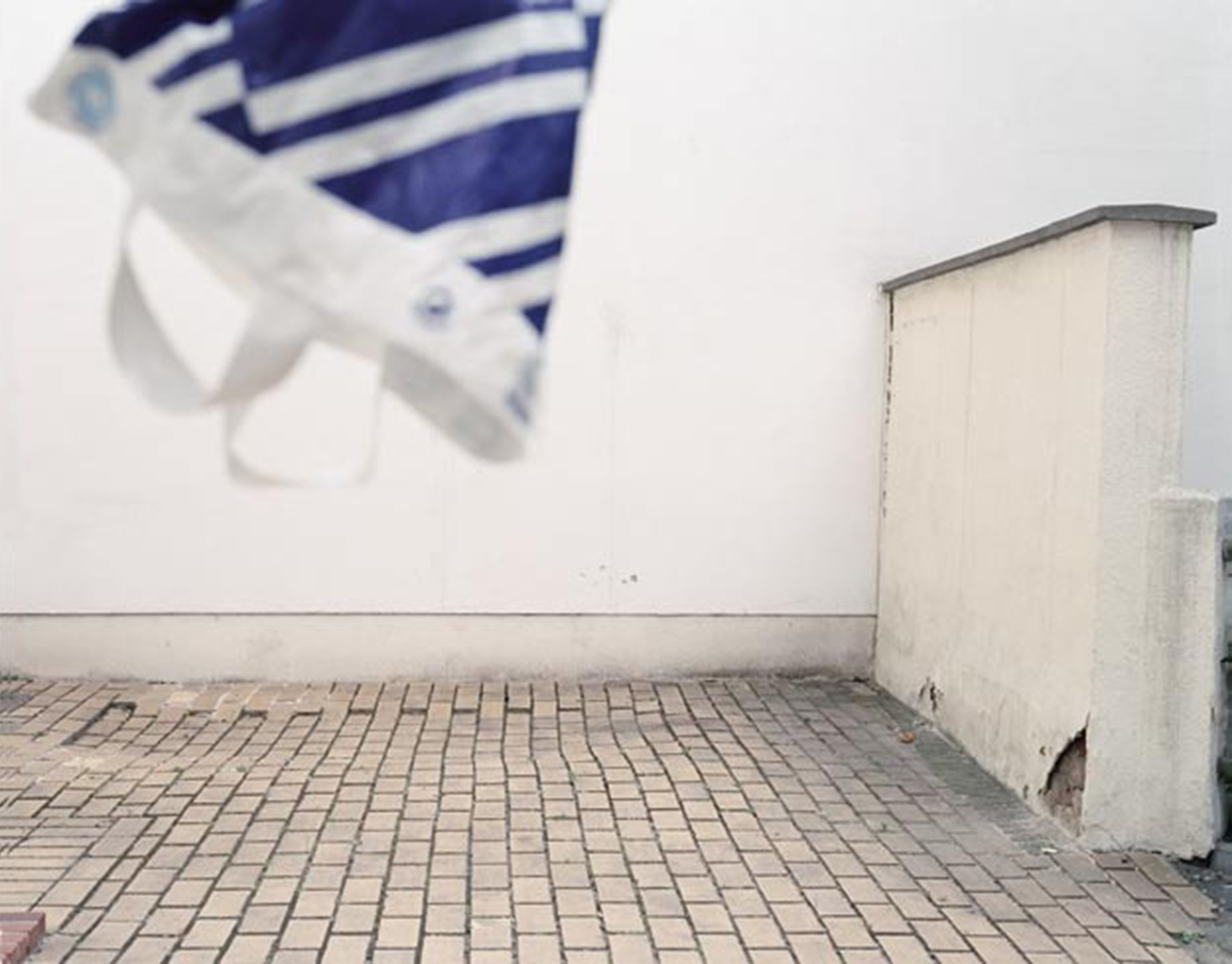 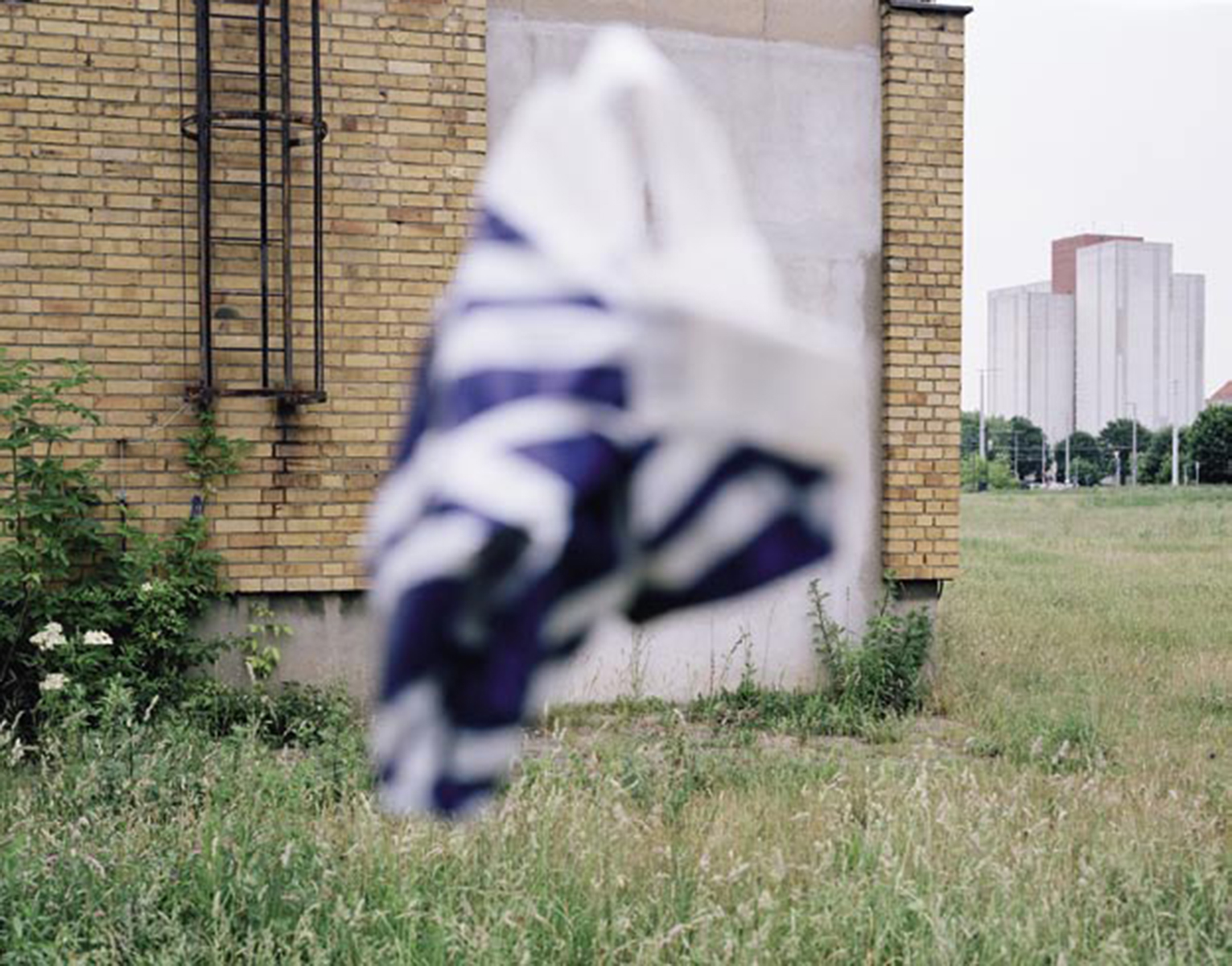 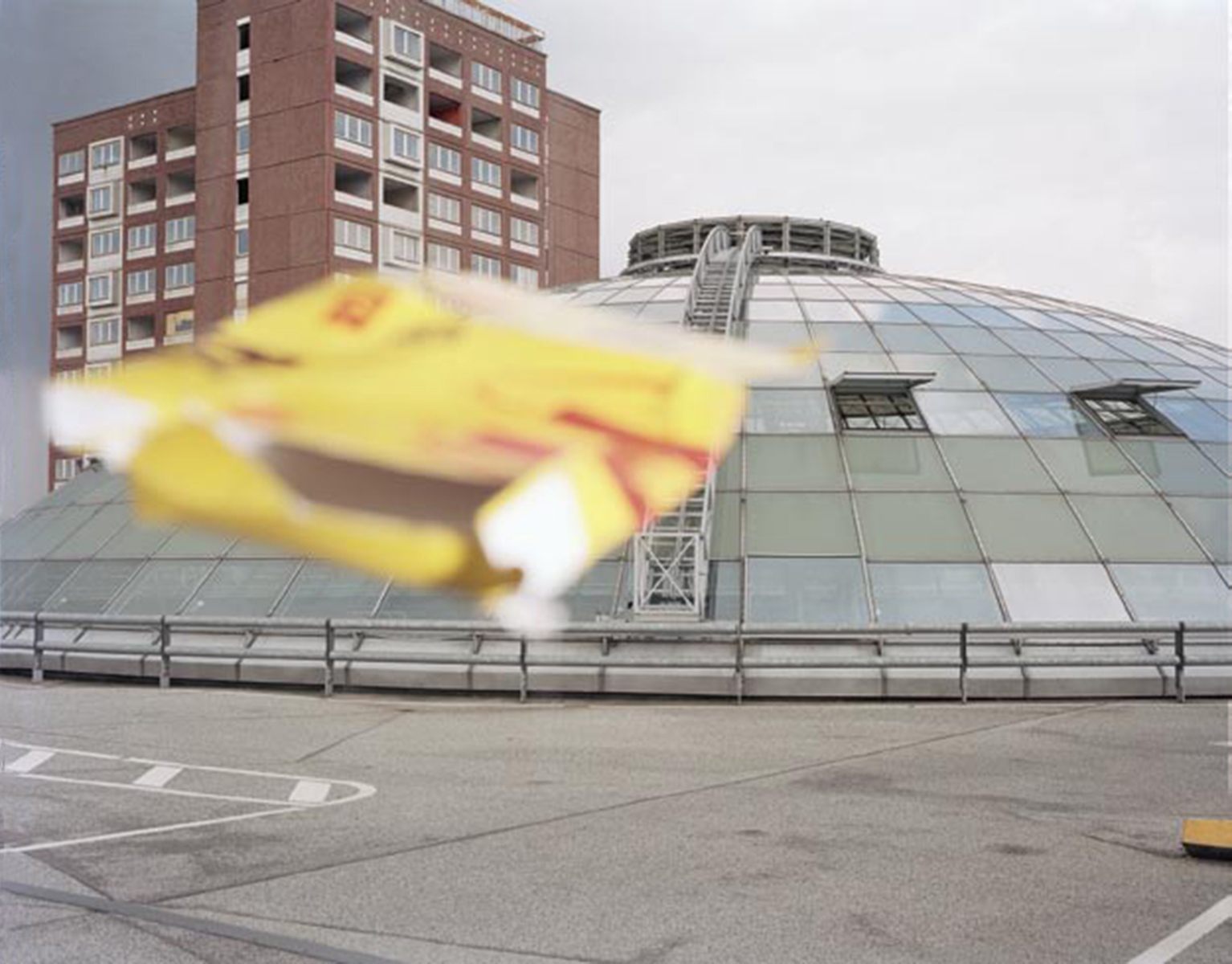 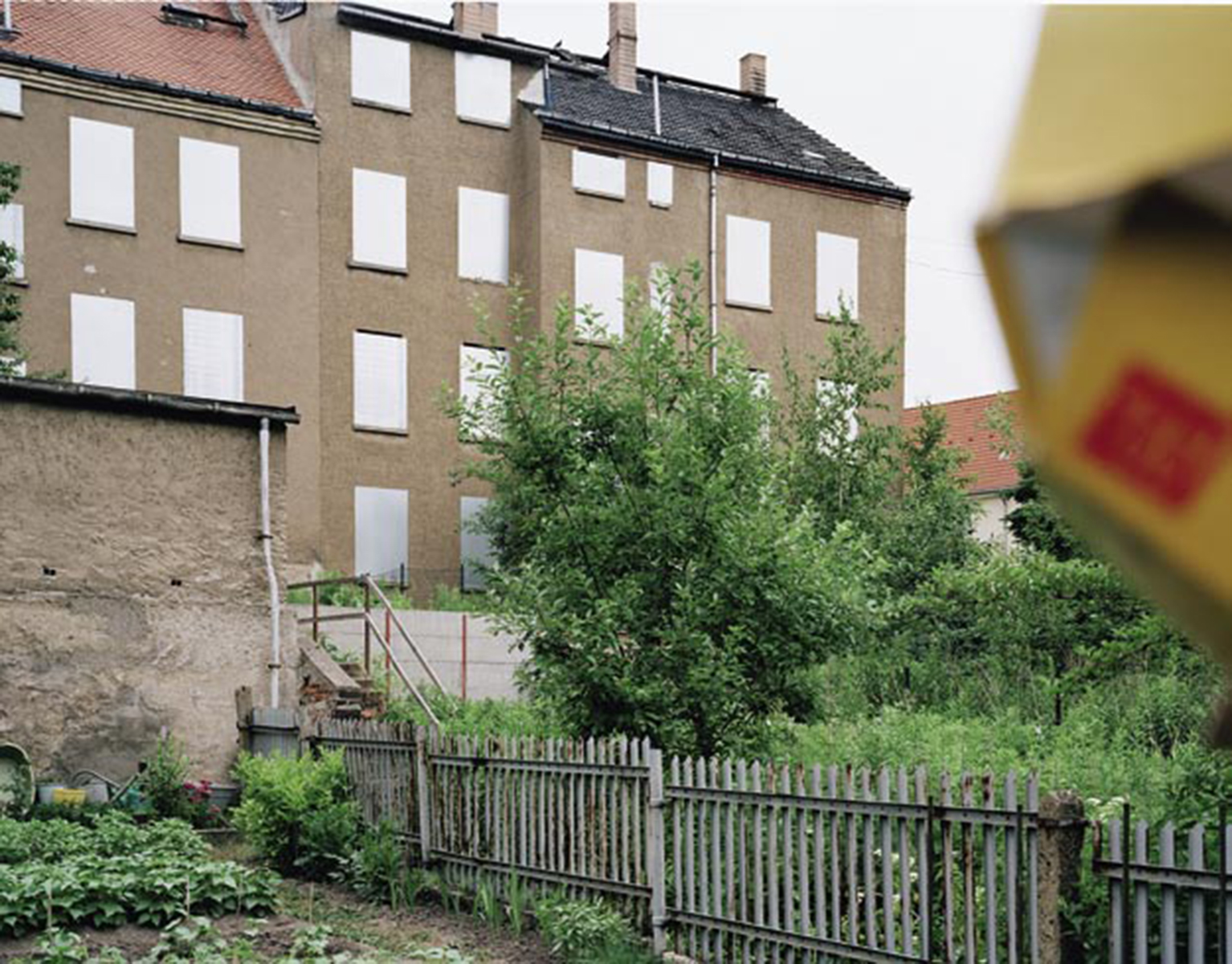 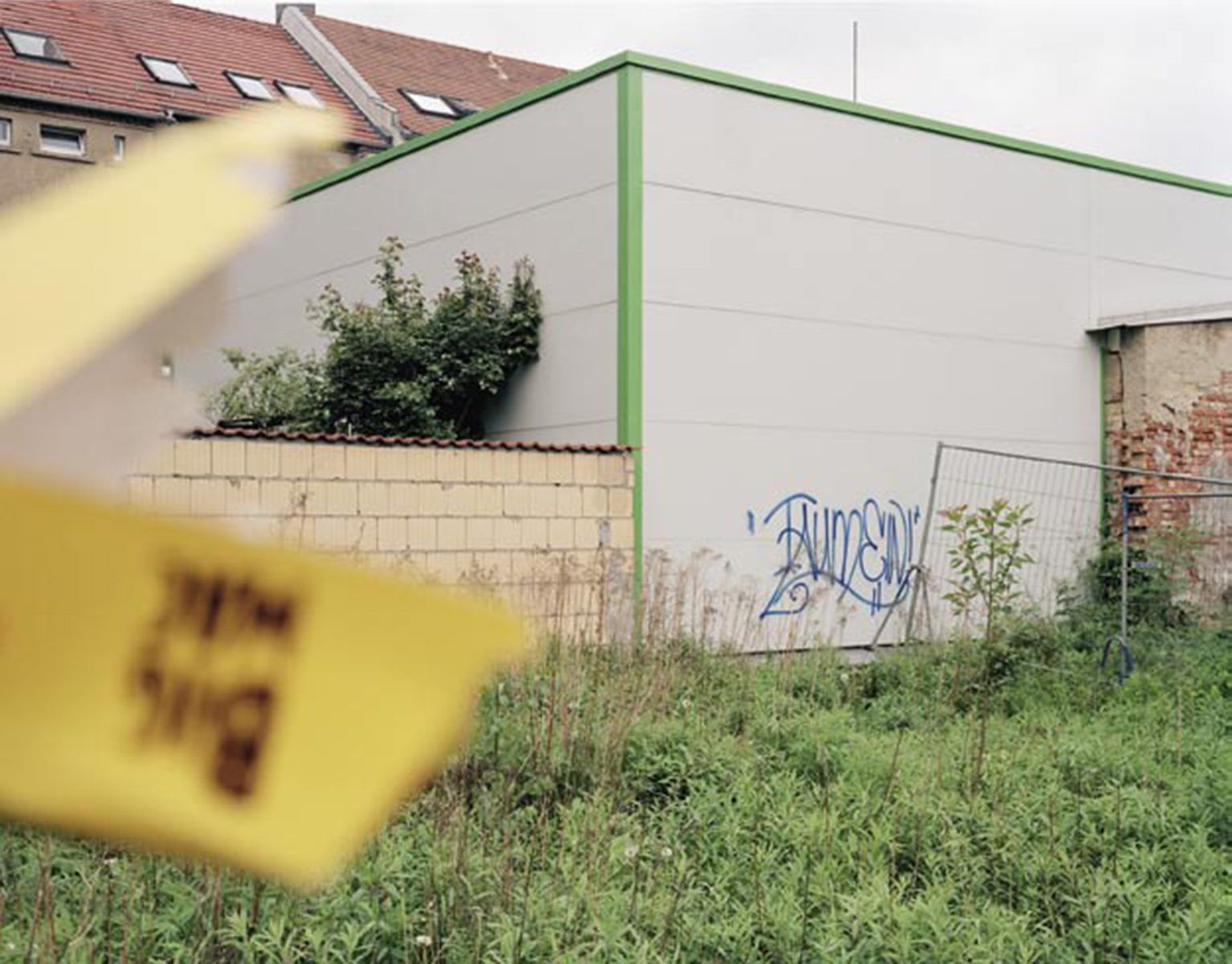 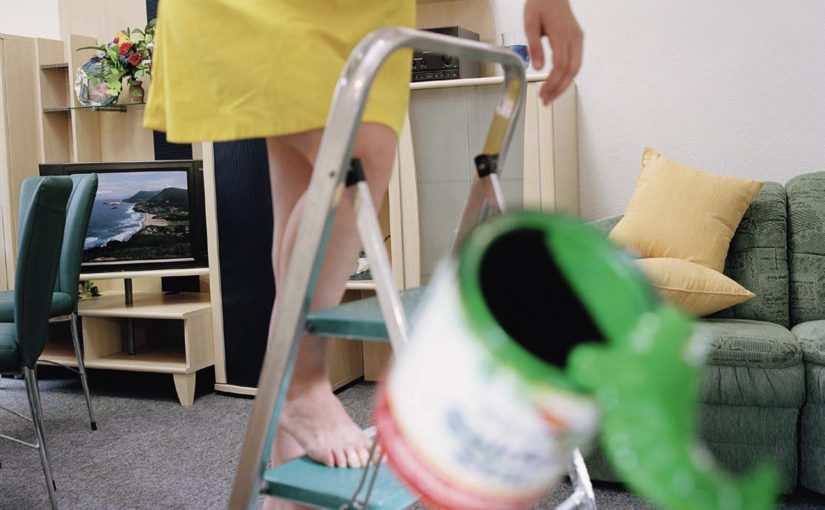 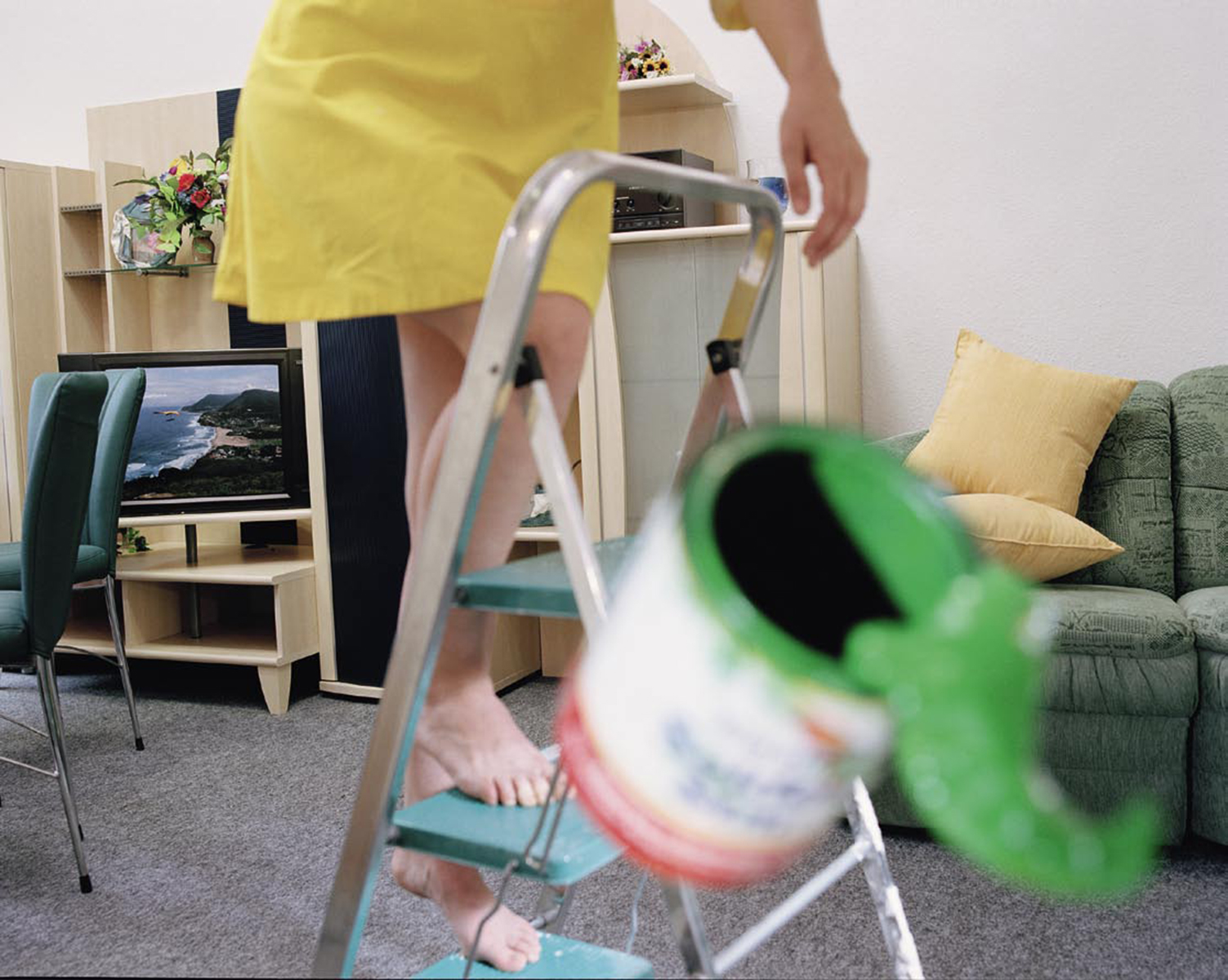 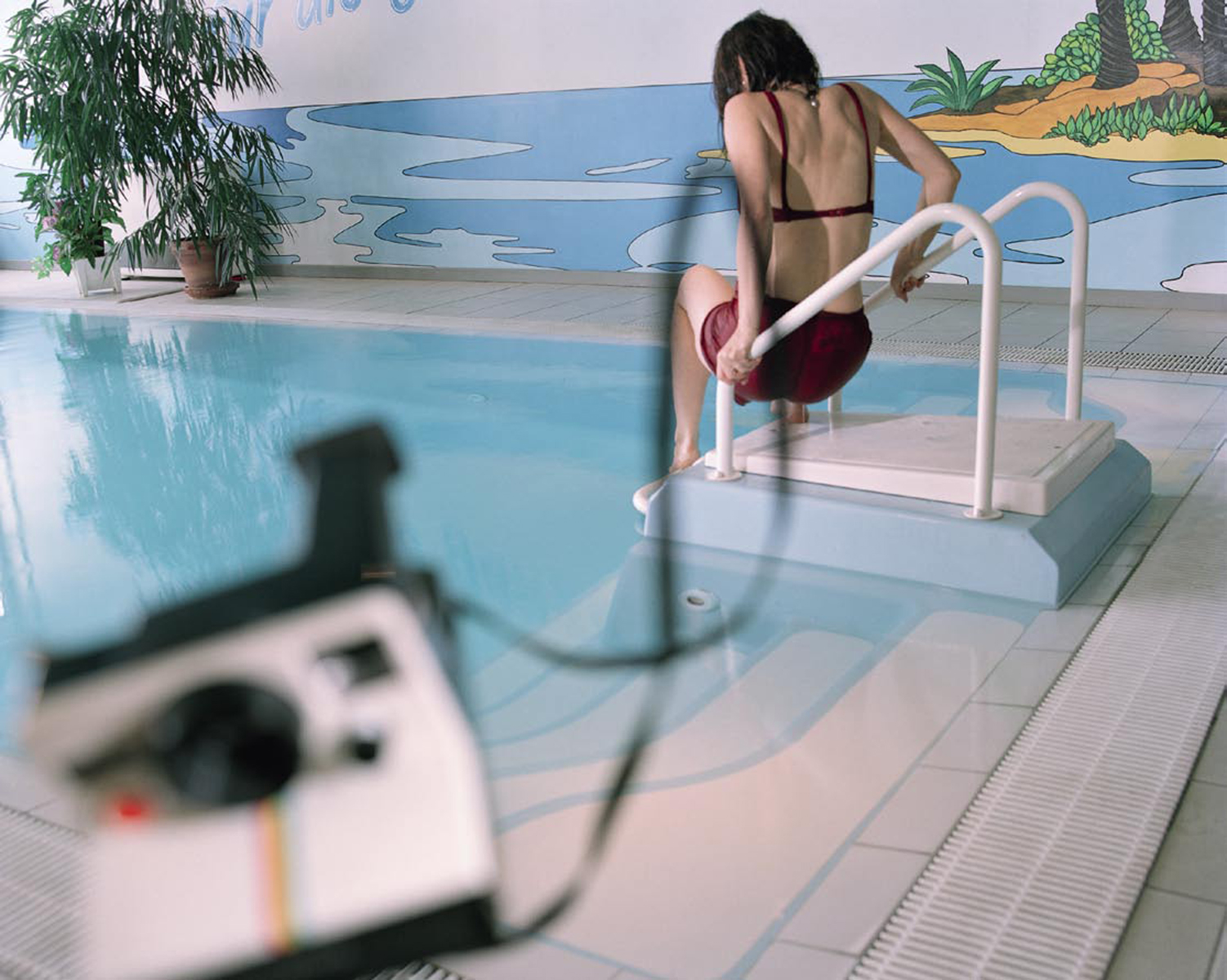 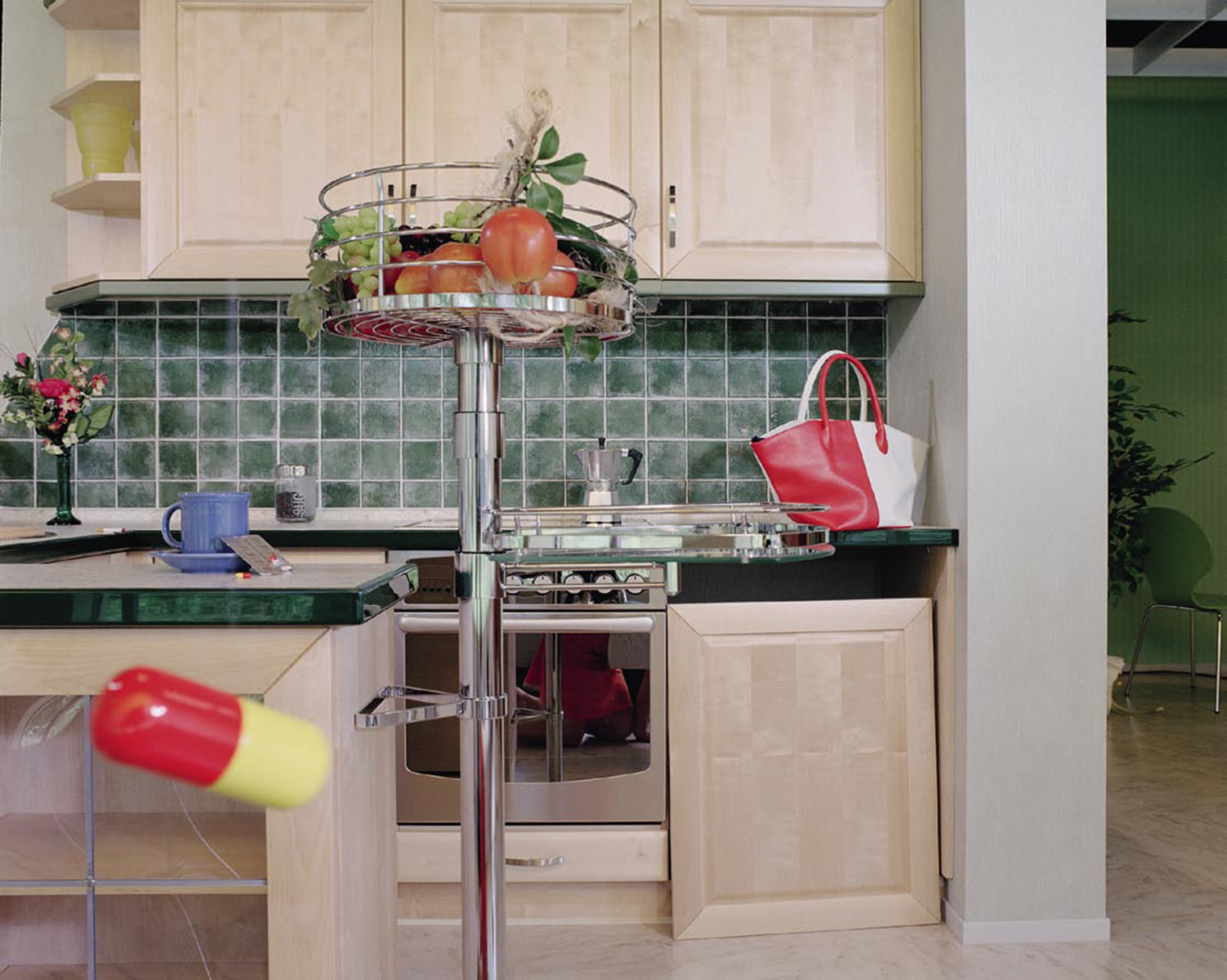 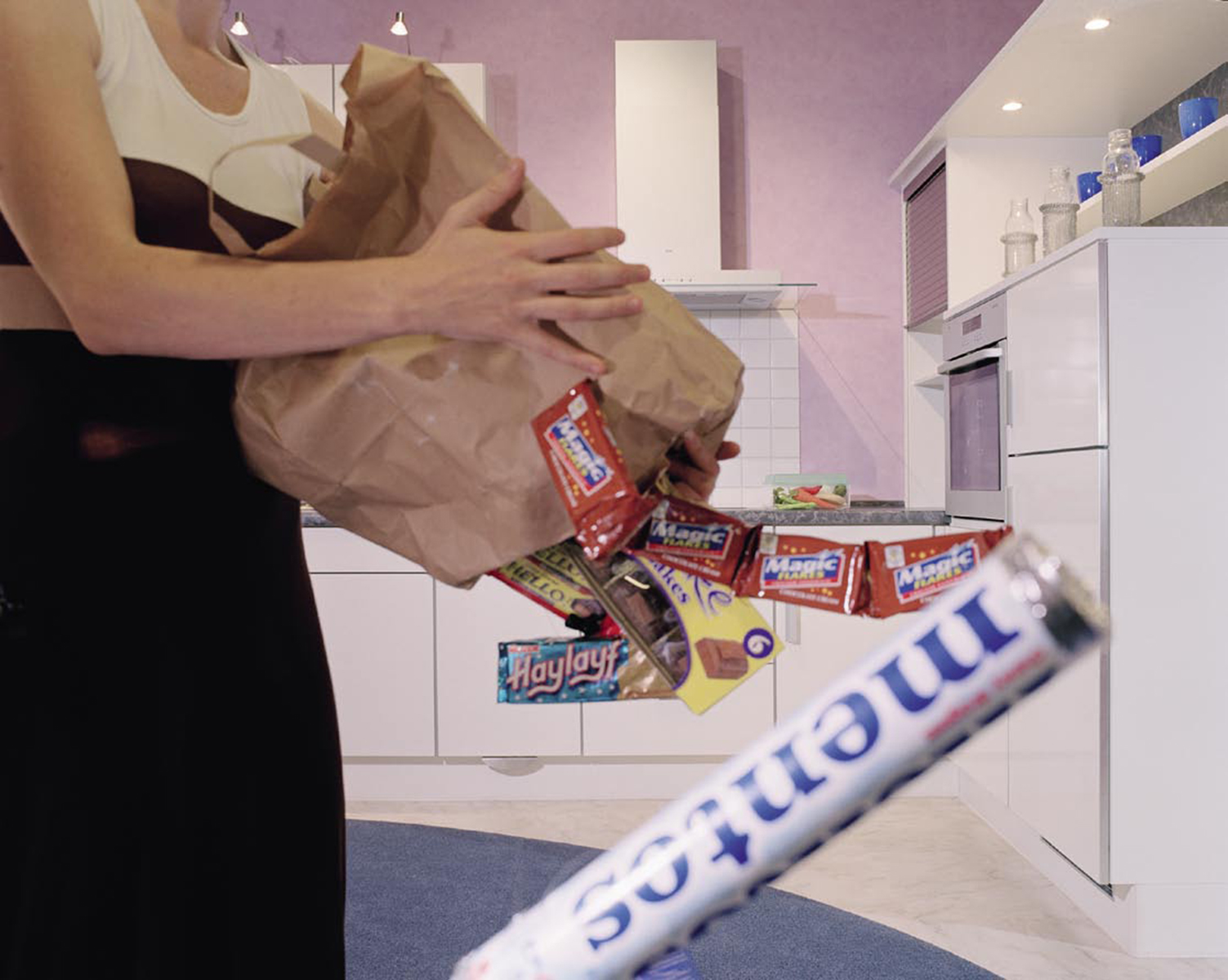 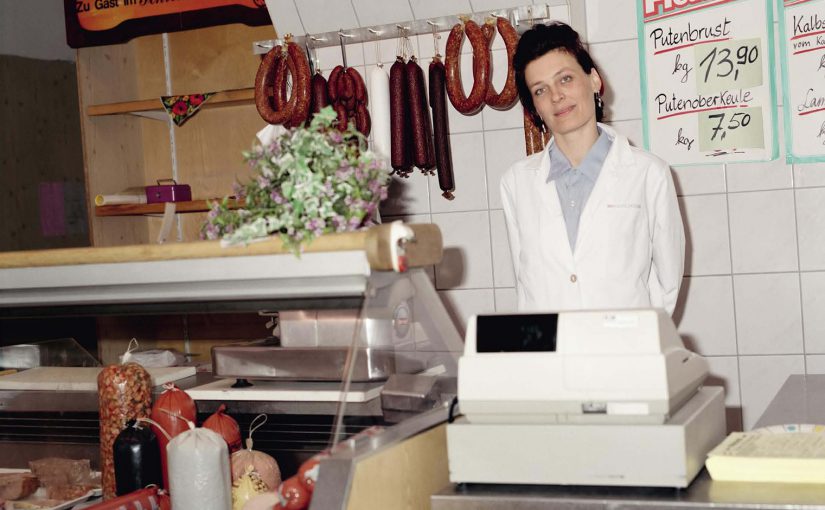 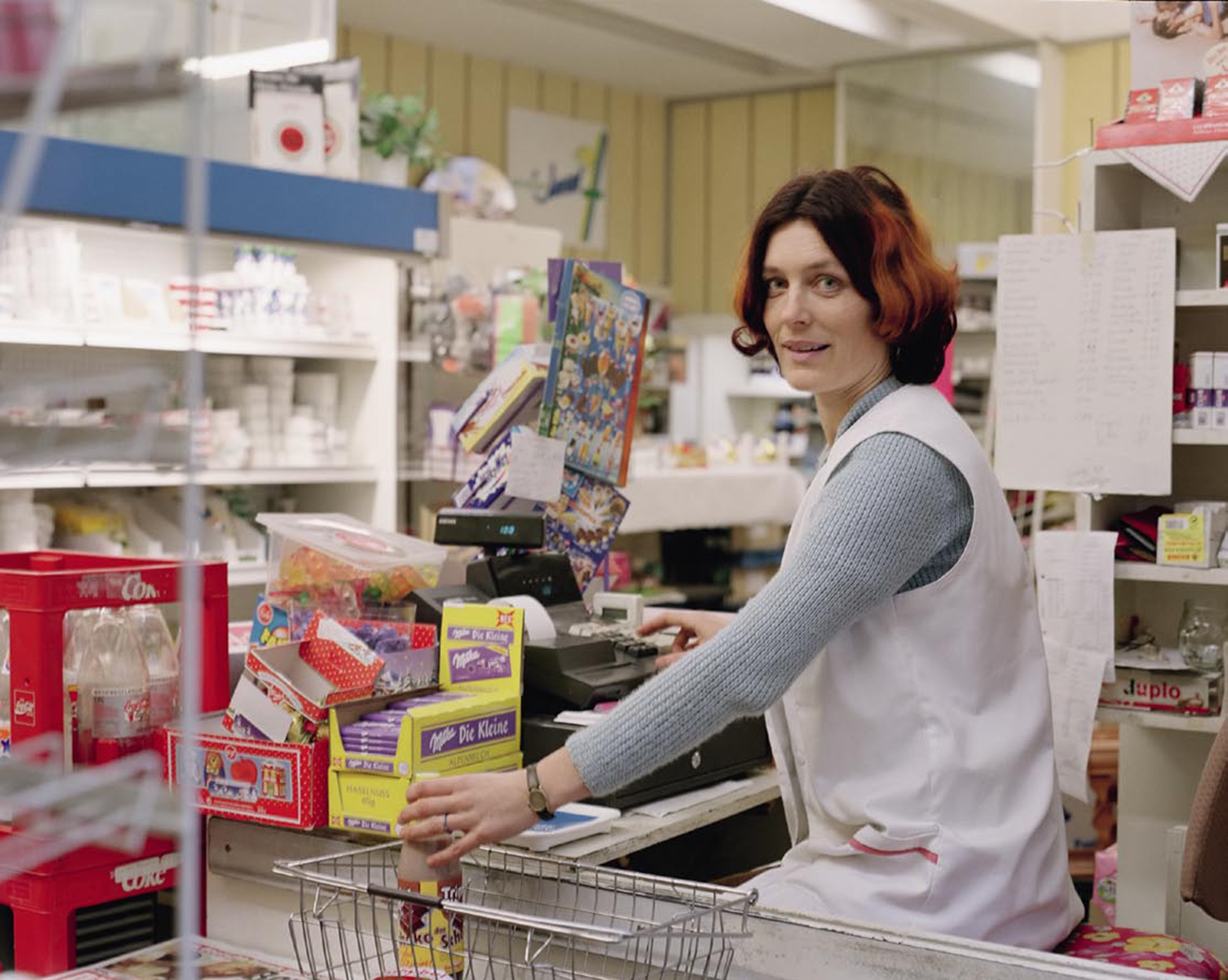 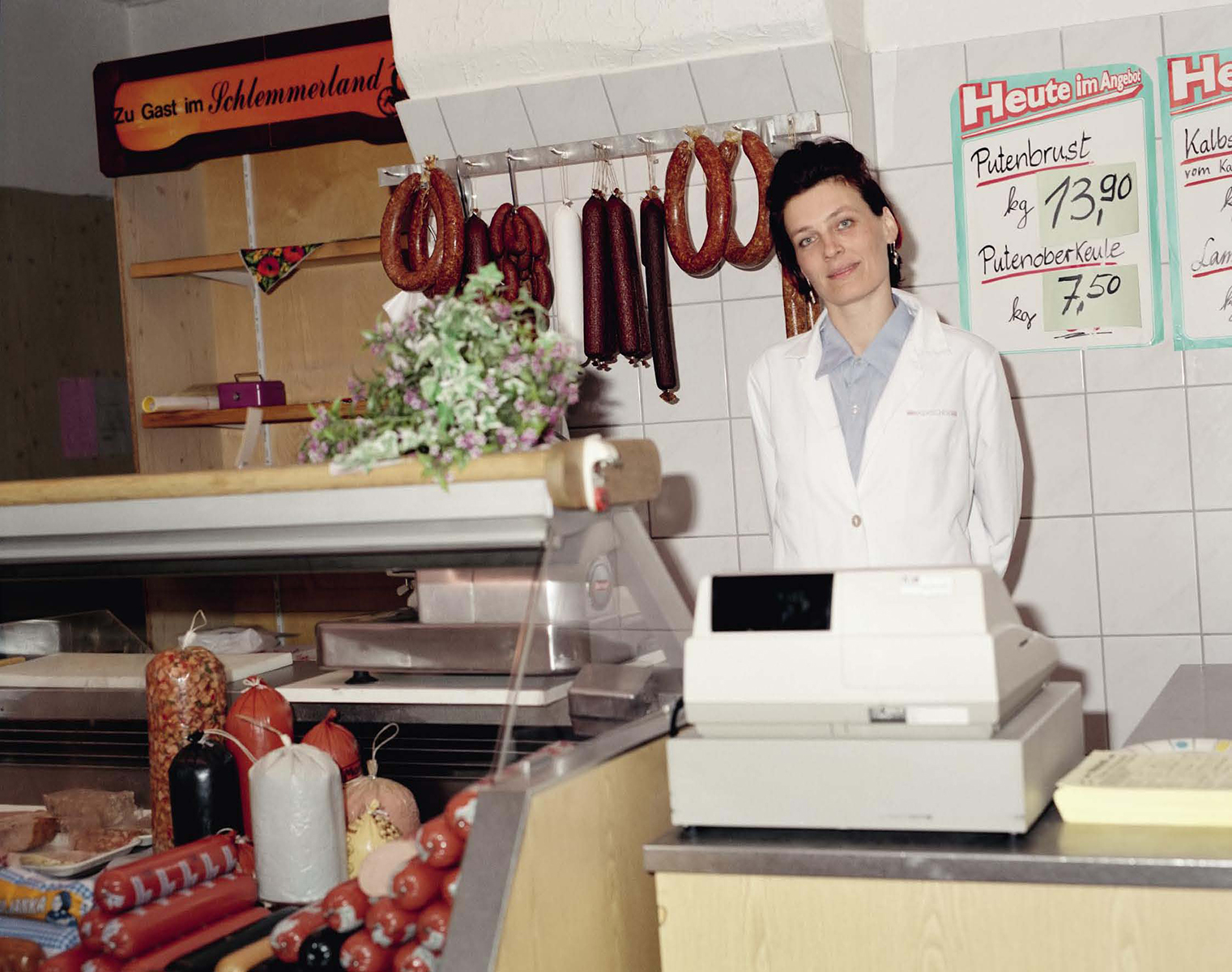 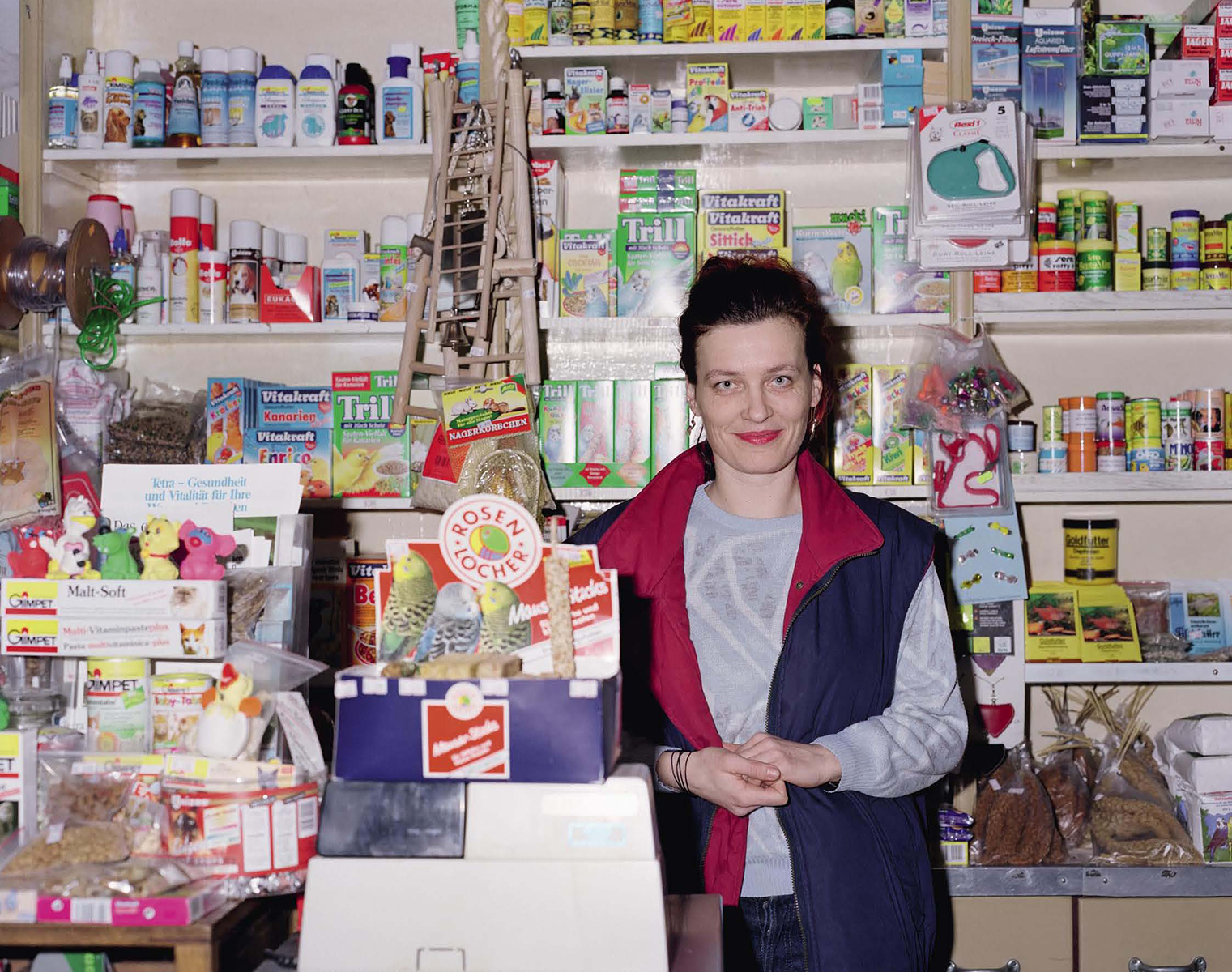 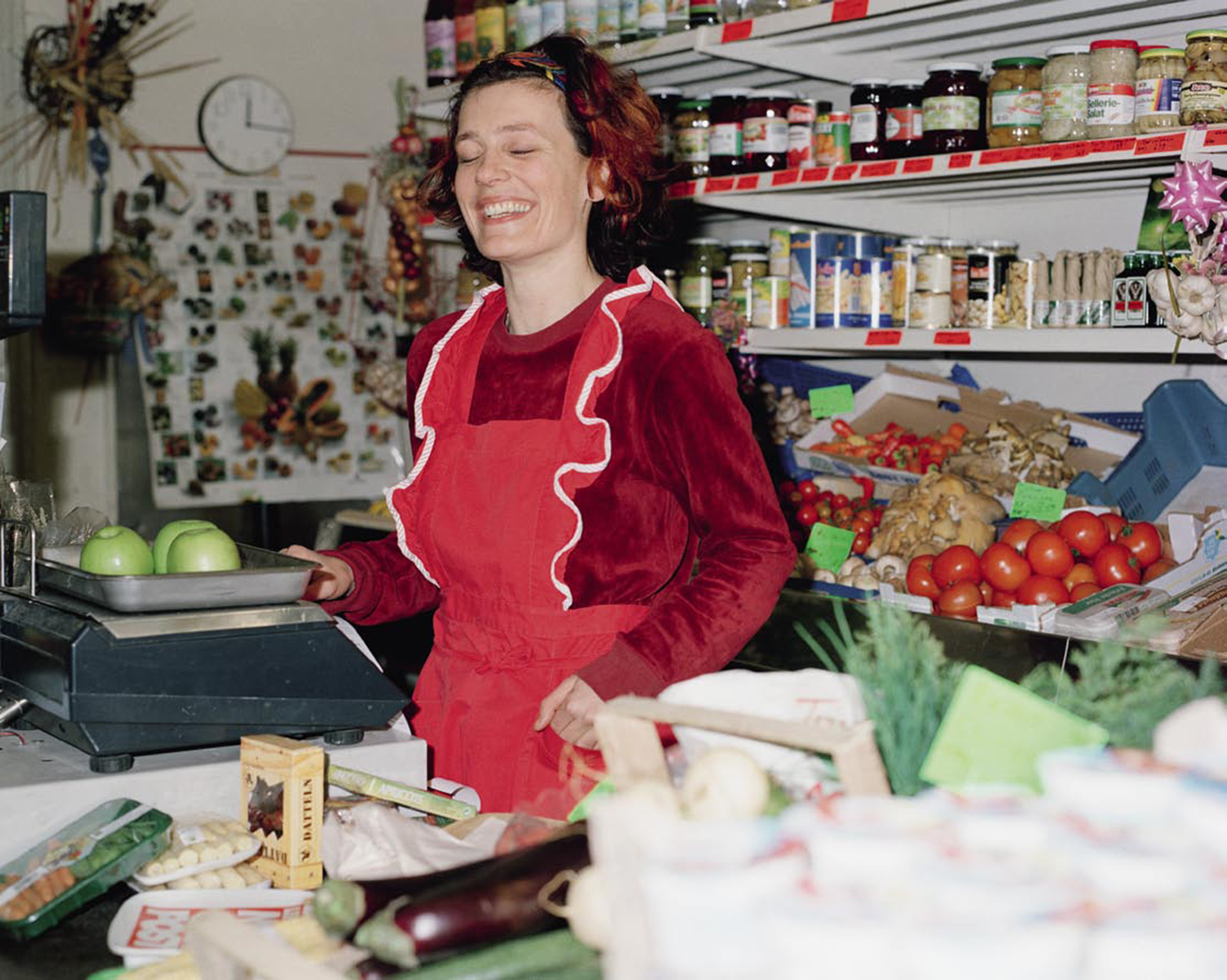 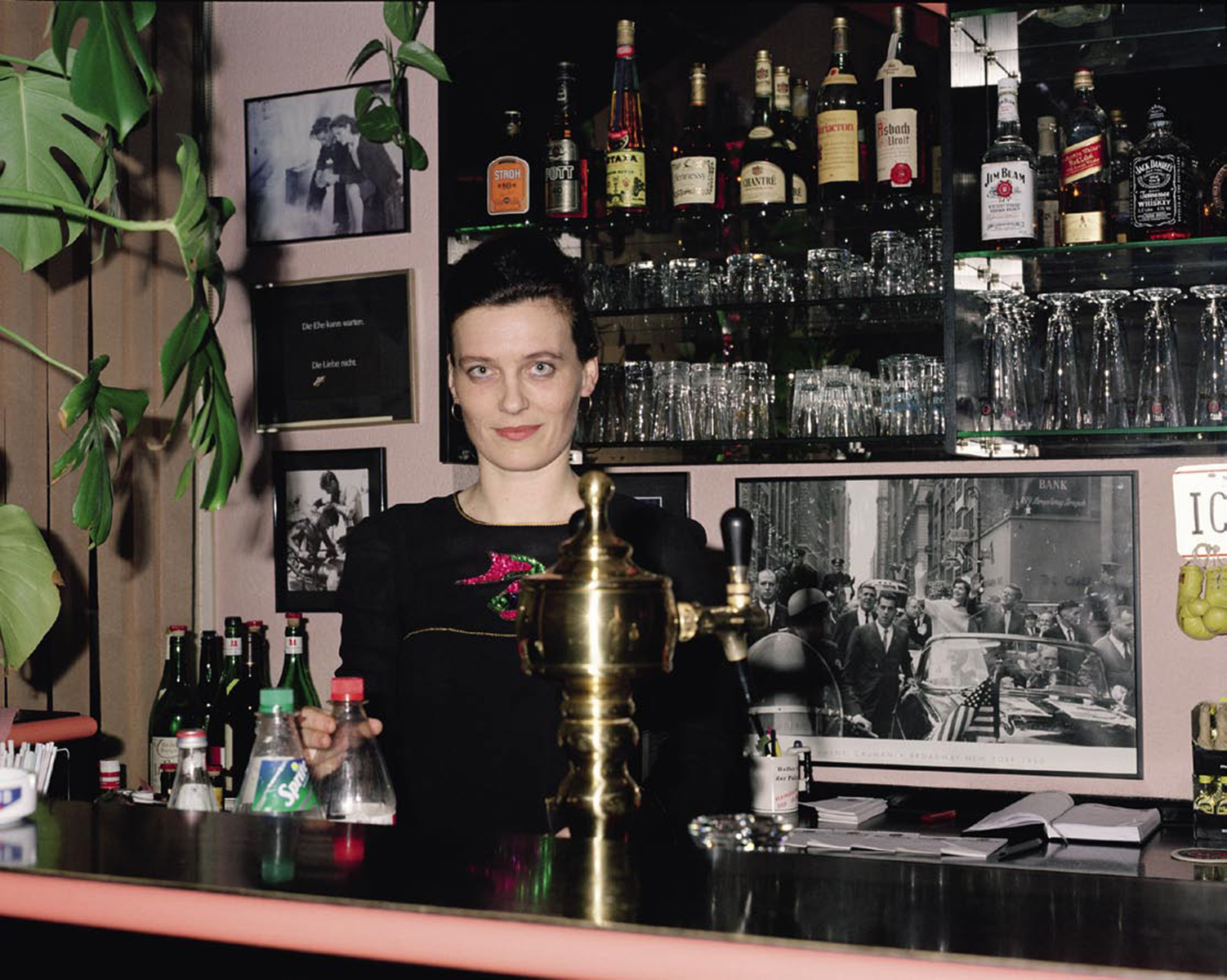 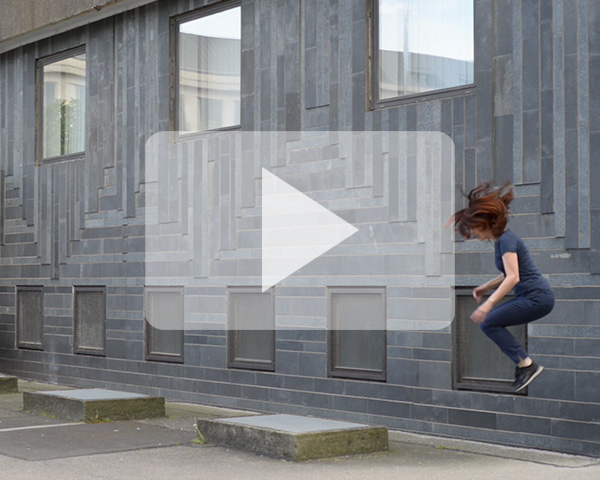 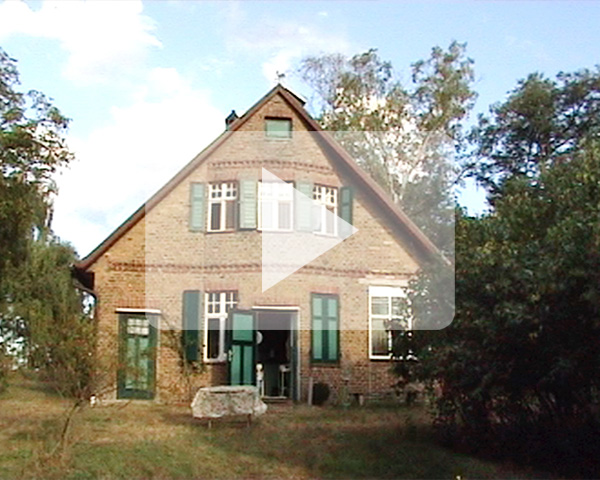